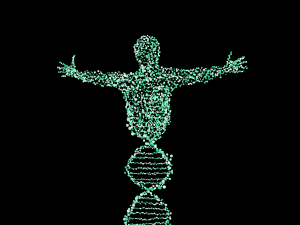 From the book “Holistic Society”

The driving force is the main reason to do or not to do something. It is the highest purpose around which we live in a certain way and which indicates what our system of values is. It lies behind our motivation to have a specific job, to communicate and to be with particular people, to educate ourselves, to choose entertainments and so on. It sets our attitude towards life, towards people, towards ourselves, towards God… towards everything. The driving force is our main source of energy and it predetermines our path of life, if we are following it. Therefore, if we know what our driving force is as individuals and as a society, we will be able to see the main direction in our life and to know what lies in front of us. For a civilization the driving force shapes the stimulus which the ruling classes encourage among the ruled. It is present in all relationships and it is the cornerstone around which every civilization builds itself. The better we know it, the clearer we will be able to outline the positive and negative consequences that result from it. The driving force predetermines the path of development of the society. Very often people are not fully aware of their motivation for certain behavior, but a simple observation and an honest evaluation of their actions will reveal it easily. Absorbed by a variety of problems, many people are unable to see the directions of different social groups and society in general. If there is not in unison between the ethics of an individual and of society an existential dilemma arises for a person: to redirect a particular collective, or to detach from it, in order to preserve individual integrity. Beside the period of emerging and developing of a certain community or a whole civilization, the driving force predetermines also the periods of decay, which signifies the necessity of transformation and internal reorganization of the community. We can bring out two general and diametrically opposing driving forces which are present in the life of every person and every society. The first is the service to self and the second – service to whole.

Service to the Self

Service to the Whole

The driving force of service to the whole is transferring the individual to new levels of self-awareness and self-realization. This is a result from cultivating the sense of unity between him and the environment which can be perceived as expansion of consciousness. Until today there is not historical evidence which can show that a state is governed by stimulation of the driving force of the service to the whole. Despite that fact, we can find one particular social structure which functions very successfully by implementing this force of inspiration. It is the loving family. There are many types of families in which are build harmonious relationships between their members. In the family that serves as a good example for a social structure exists love, mutual respect, recognition of the interests of its members, trust and good communication. In short, this family is referred as loving. This form of social organization is known to many people. For it is typical that is avoided the rivalry between the members and it is substituted with cooperation and finding the proper family role for every member. The relationships in it are firm and are characterized with a high level of trust. The motivation for developing the relationships and improving them is high among all participants. The loving family manages to function well when selfish attitudes of its members are not leading and such actions are avoided. The satisfaction and joy from the unselfish service which benefits the whole family and all its members are giving us the grounds to consider this social structure as an example of community which builds its internal relations in service to the whole. The qualities which every participant is developing in the loving family include honesty, respect, care for others, kindness and others. Therefore, it is visible that the proper functioning of this social system builds a positive character among its members in a way that their spiritual potentials are revealed. It is possible to use partial aspects of this social model as an example of structuring bigger communities, including private corporations and even states. It is absolutely possible a family to be kind and caring only about its own members and unscrupulous towards outside people. For example, a dictatorial family or exploitive family corporation may have an internal atmosphere of understanding and support, but inhumane terror to be predominant against their subordinates and the outside world. Consequently, besides internal relations, external too should be caring the positive characteristics, mentioned above, so that a community to be regarded as one of service to the whole. Huge challenge of the way larger communities are functioning presently is that there are not well-designed global social models and macro-social systems which are guided by the driving force of the service to the whole. For the first time this can be performed by the formation of holistic society.